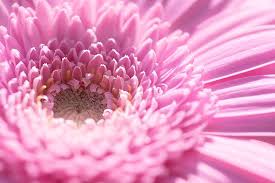 Susie Pearl Hough 69, of Bloomfield Hills, Michigan passed away surrounded by her children on July 7, 2020, at UAB in Birmingham, Alabama.

Susie was raised and spent all of her childhood in Perote. She gave her life to Christ at a early age. Susie was born to the late Charlie Dan and Effie Jane Kindred of Perote Alabama on June 25, 1951.  She received her education through Perote school system. Later, she furthered her education in Business. Susie eventually married and moved to Saginaw, Michigan where she started a family.

Although she was back and forth from Bloomfield Hills, Michigan to Alabama, but Alabama was always home for her. One thing Susie was savvy about was working the phone. She enjoyed conversation with her grandsons about NBA games during basketball season. Susie was a nurturer, despite her health at the time she help cared for her late grandson.

Susie Pearl is preceded in death by her parents Charlie Dan and Effie Jane Kindred, a brother James Kindred, and a grandson Glenn Wayne Cabbell III

To send flowers to the family or plant a tree in memory of Susie Pearl (Kindred) Hough, please visit our floral store.